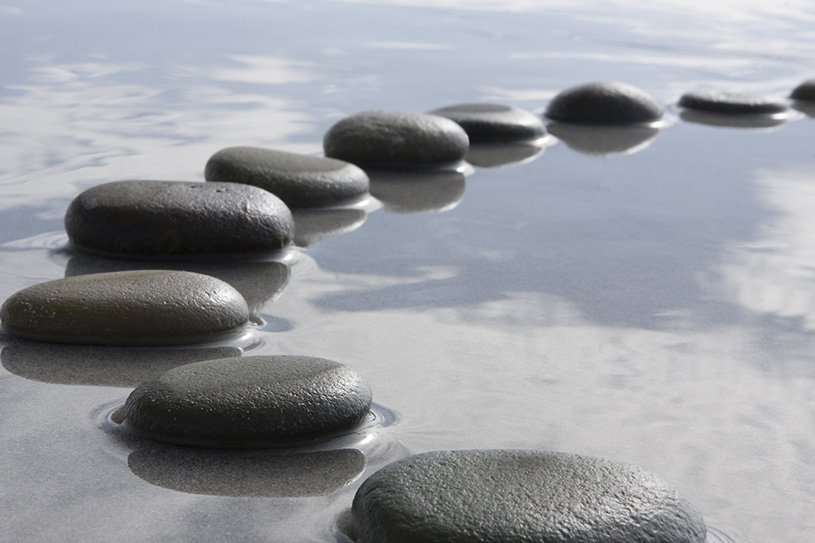 Do you remember a time when you were engaged in a conversation only to find yourself searching for a word?  And as you were searching, your tongue tripped over two or three words until the right one exposed itself? It’s funny how many times I’ve called all three of my children’s names until I finally reached the one I truly was speaking to or about.

During a recent conversation with a friend I tripped over three words as I was trying to describe an email exchange that had taken place the day before with a business associate: My tongue tripped over REALIZE, RECOGNIZE and AWARE. The beauty of that experience revealed that all three words were actually stepping stones.

To REALIZE is to gather information, to become conscious.
To RECOGNIZE is to distinguish, or identify.
To become AWARE is to become knowledgeable, informed, or perceptive.

So let me set the stage of that previous conversation:

I was in need of a marketing change. I decided to discuss how to proceed with my consultant via email. How many of you know that reading anything via email or text can very easily become a trigger for feelings, thoughts and/or beliefs? Depending on what your life is like in that moment—or what your life is like in general—it may trigger a not so good outcome. This was one of those emails.

So prior to any verbal conversation with my consultant, walls were erected from their interpretation/perception of my email. My consultant expressed the thought that I was not happy with their work and was going with someone else. I thought, “What did I say that was not clear and gave that impression?”

Now back to the conversation with my friend that revealed the “Aha!” lightbulb-moment about that email exchange. As I processed what transpired out loud to my friend, I REALIZED what triggered my consultant’s reaction, I RECOGNIZED my delivery of the conversation was indeed the direction I intended. It was then I became AWARE that I had been clear all along. The limitation came from the triggers that erected walls for my consultant in that exchange.  Because as he REALIZED that I was not unhappy with his work, the walls came down, the subconscious relaxed and allowed him to RECOGNIZE what I was actually asking for through an AWAREness of all the information gathered.

What words have you tripped over recently?  The words chosen are no accidents.  As in my conversation, they were stepping stones that brought an awareness.

Let me support you in realizing, recognizing and becoming aware.

This site uses Akismet to reduce spam. Learn how your comment data is processed.

Helping Hand-Me-Downs helps families break the cycle of poverty and works with them to find stability and independence, serving over 19,000 children and their families since 2011. Helping-Hand-Me-Downs' clients receive complimentary services.